The owners of apartments in the now notorious Opal Tower probably don’t realise it, but they are lucky.

Obviously, it was bad luck that supporting walls in their building in Sydney’s Olympic Park started cracking. However, they should be glad that the ensuing evacuation happened in the full glare of media attention on Christmas Eve last year.

Owners in some of the other 85 per cent of new apartments that allegedly come with defects are a lot less fortunate.

The NSW government released its report into the cracks in the Opal last week and, when you strip away the dense technical references of this comprehensive study, the conclusions make disturbing, if predictable, reading.

To summarise, some of the prefabricated walls weren’t up to the jobs for which they were designed, weren’t properly installed and were positioned under beams that had been weakened by other work.

Finally, when those parts started to fail, they put strain on other elements that weren’t designed to cope with the extra load.  Crack!

The good news is that this can all be fixed and work is already underway to do that. Having two government ministers and a media pack hovering over a problem a few weeks out from a state election can be marvellously motivating for all concerned.

But, as for all the other apartment owners out there whose building defects didn’t conveniently show up the night before Christmas, life may be a lot tougher.

Take any new block with serious flaws and architects, engineers, builders, developers and sub-contractors may well all blame each other. Establishing who’s responsible for what – and what precisely is each culpable entity’s share of the blame – can cripple any defects claim.

Meanwhile, in any building with defects, the people who ultimately paid for the work – the unit owners – just want their homes fixed. That debilitating daisy chain of finger pointing is another issue that the Opal owners will probably also be spared.

And the whole mess has spurred politicians into action.  Withing a week of the cracks appearing, Labor leader Michael Daley had announced that one of the first priorities of a new Laor Government would be radical reforms of the building industry, including:

A few days later,  Better Regulation Minister Matt Kean, announced very similar moves, including a tightening of laws to establish a legal duty of care. Whether that makes any difference – and what that might be – remains to be seen, regardless of who wins the election.

Meanwhile, the horror story of the Elara Apartments in Canberra, where unit owners have been left with a $19 million defects bill, is at least as significant an event as the Opal.

Unit owners in the complex had tried to sue Canberra builder B&T Constructions over defects but it went into voluntary administration.

Earlier this month the Federal Court ruled that subsequent claims to the Master Builders Fidelity Fund, set up for situations just like that, were invalid as they hjad been lodged after the five-year deadline.

Across Australia apartment buyers suffer, often in silence, fearful that publicising their plight will damage the value of their property even further. But when you’re not part of the nightly news cycle, it can be hard to get what you paid for.

In NSW as soon as the cost of fixing apartment block defects exceeds the two per cent defects bond, the owners corporation will need to hire lawyers if the developers and builders shirk their responsibilities.

In Victoria, there is no defects bond and just initiating legal action requires a special resolution – a process too complicated to canvass here – rather than a decision by a simple majority of owners.

The point is, if you’ve bought into a building with serious defects, under legal systems with more loopholes than a chimpanzee’s knitting, you and your neighbours could be spending a lot of time and money in court.

And that’s why the Opal Tower apartment owners should count themselves lucky.

In Sydney on March 16, I will be hosting a day-long seminar for the Owners Corporation Network on flammable cladding, where industry experts will explain the legal, financial, insurance and safety implications if you have it on your block. Go to www.ocn.org.au for more details. 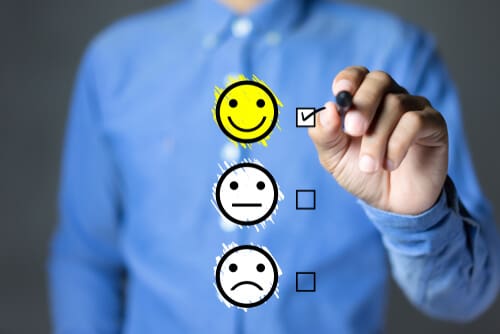 The Owners Corporation Network (OCN) wants to hear your views on what the priorities should be in the ongoing review of strata laws in NSW. OCN has created a short… 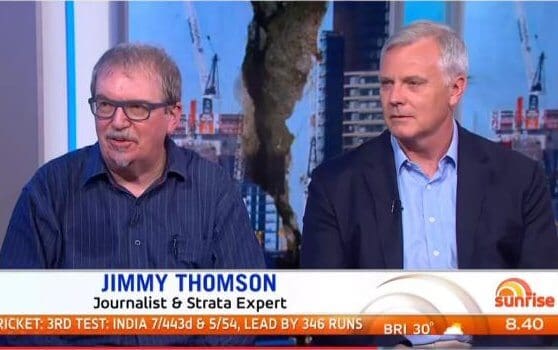 On TV talking cracks in the Opal

Despite having a great head for radio, I was enticed on to TV last Saturday (Dec 29) to talk building cracks with Professor Mark Hoffman (one of the engineers called…